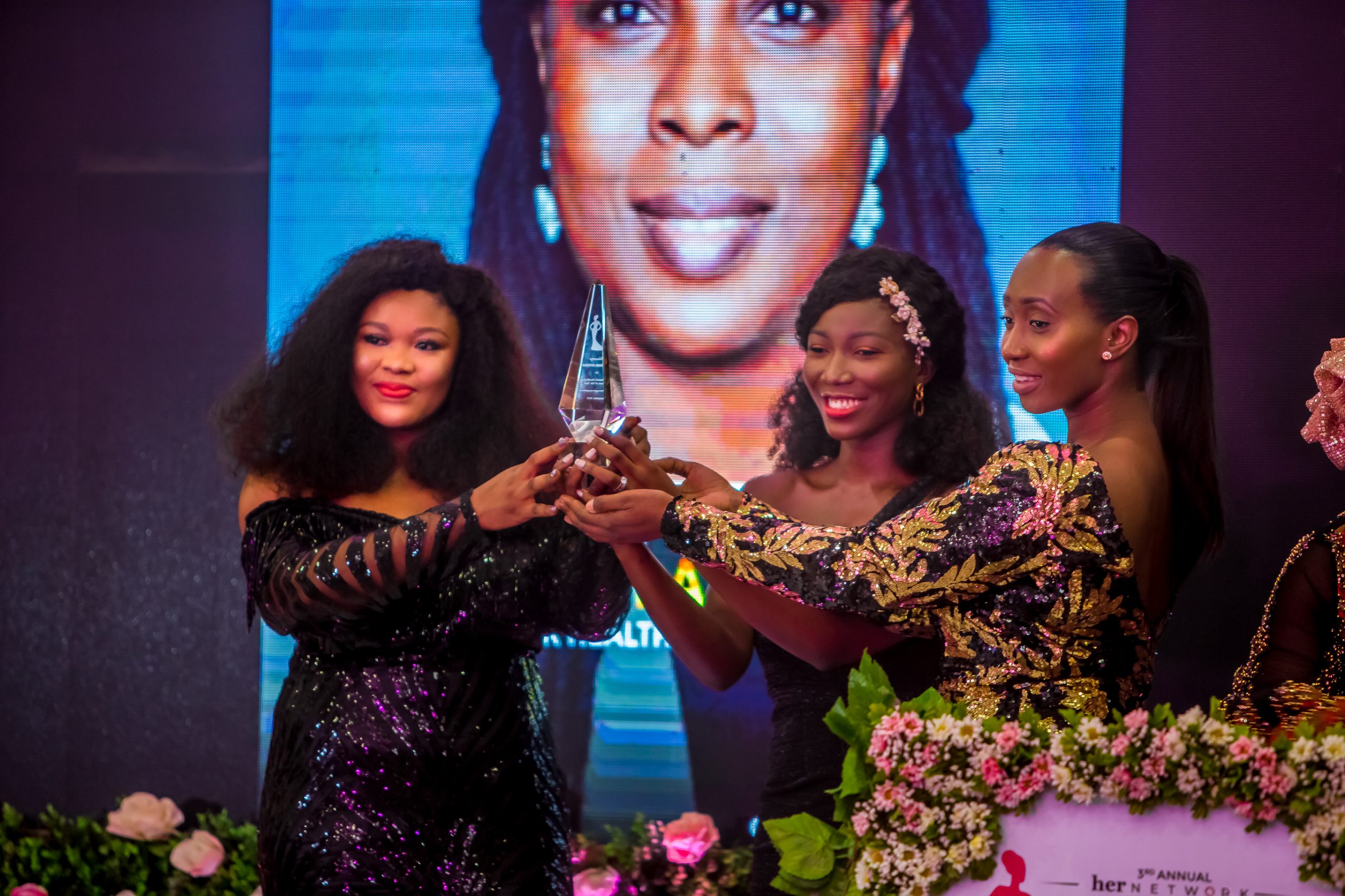 The 3rd Annual Her Network Woman of the Year Awards held on Sunday, December 15 at Oriental Hotel, in Lagos, Nigeria!

A plethora of women from different walks of life and sectors, came together to celebrate and honor each other at the 3rd Annual Her Network Woman of the Year Awards which celebrates Outstanding Women who have made significant impact in their workplace, community or network!

Nominees, Honorees, and Guests stayed true to the theme of the night “Flourish”, a call to action for the women to bloom and blossom regardless of anything. For the second time in a row, media personality – Simi Drey, hosted the ceremony which was an evening of Inspiration, and celebration.

During the ceremony, Mrs Rita James, the MD of Merciport Resources and Founder of Shaunammite Foundation, delivered a Keynote Speech on “Success in Different Measures” where she spoke about the importance of defining what success means for oneself and staying focused on one’s path.

The Founder Nkem Onwudiwe in her opening speech welcomed the guests and highlighted the theme for the year, “Her Year of Honor” and the need to celebrate women daily. She proceeded to present the first award of the night for Her Network Woman of the Year in Advocacy to Anita Kemi DaSilva Ibru of Warif Nigeria.

Adaora Lumina Mbelu who was in attendance with her family, was honored with the Her Network Inspiration Award for the impactful and admirable work she has achieved over the years in her professional and personal work. Uche Pedro, the founder of Bella Naija was also honored with the Her Network Trailblazer Award for being an innovator and trendsetter in digital media. Guests were refreshed by Malta Guinness, and treated to gifts by Araliabynature and House of Tara.