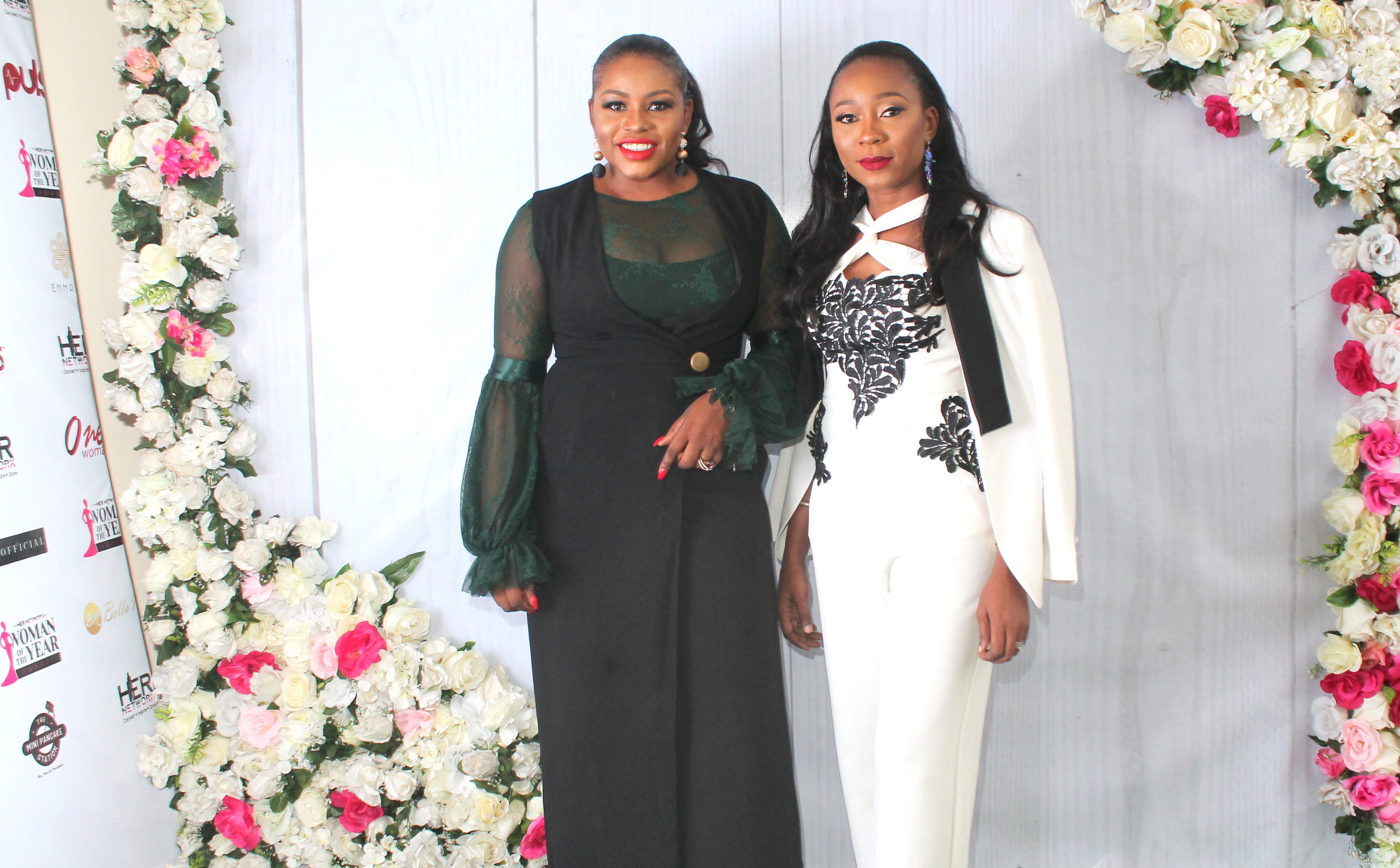 During the event, guests were treated to mini-pancakes and toppings by the Mini Pancake Station, Cocktails courtesy Eventi Cocktails, Dinner by Smol Efik Pots, Desserts by CremeBrulee Lagos and beauty products for special looks of the day, sponsored by Emmaus Beauty. The event location which was decorated by WittyLizEvents created the perfect ambience to complement the theme of the awards event, “Sparkle and Shine”. God Win strings Serenaded guests to soothing tunes from his violin as the evening of celebration progreesed.

The One Woman initiative of Sterling Bank sponsored and presented the HNWOTY award in the Entrepreneurship category, won by Toyin Onigbanjo of August Secrets and a key note speech titled “Building a Legacy” was given by Wunmi Williams, the Creative Director of Nakenohs Boulevard.

After all other awards, Timipre Wolo was announced the overall winner – Woman of the Year 2017. This category was designed to honour a woman of sophistication, style and resilience for undergoing hard work while balancing comprising life and business situations. Timipre was recognised as an overall achiever and for her service to humanity.

Some photos from the recently concluded Woman of the Year Awards 2017!