When Pastor Pushie Watson, an incredible and phenomenal woman living her truth and walking in her purpose accepted to be the face and voice that opens up or #BeyondHERSurface campaign, we were ecstatic not just because of her interesting story and what she stands for as a woman but also, because Pushie Watson is the embodiment of a real and gracious queen.

Her Network’s goal is to encourage women to live their truth and walk in their purpose and with the continued support of women like Pastor Pushie, we can say we are well on our way to achieving that.

Pushie Watson’s Bio
Pushie Watson, has a spirit of excellence, is a multi-talented communicator, a devoted wife and mother of two. She was officially born again in 1995 at the Rhema Bible Church in Johannesburg, South Africa, where she later served and became the Head of their Women’s Ministry. 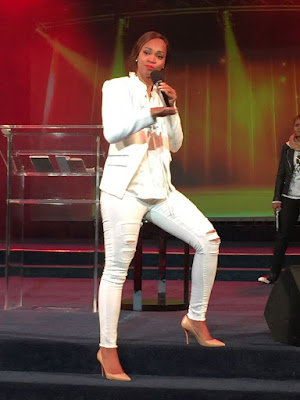 Previously known as Pushie Dunn, she was first introduced to the African public as a television presenter in 1997 and grew to become a well known face across the continent.


Originally from Liberia, Pushie’s culturally diverse heritage lead her to further her education in Kenya and Ghana, followed by a study related gap year in the Gambia before finally immigrating to South Africa. Since then her career has evolved in more ways than one. Between 1997 and 2002: she was a television presenter on DSTV’s Channel O music station where she attended the Grammies and interviewed the likes of Janet Jackson, P. Diddy etc, exposing her to audiences all over Africa. She concurrently presented a show on SABC 3 called Health Wealth, which was a specialist, medical show enlightening the public about a myriad of health procedures. Following which, she was approached by SABC 1 to co-host the music variety show Jam Alley, which ultimately gave her the opportunity to connect with an even larger South African audience.

Thereafter, she presented a number of television programs such as Africa Within – a lifestyle and travel show that focused on the African diaspora and was broadcast on DSTV’s Africa Channel and currently airing on the Africa Channel in USA. She was also the perfect choice to be the master of ceremony for SABC’s live millenium broadcast, for Johannesburg, at the turn of the millenium. She also ventured briefly into acting as well, appearing in the popular television soap opera, called Backstage in 2002.

By 2003, Pushie had reached a turning point in her life and surrendered to the call of God to begin serving in ministry. With her extensive experience as a television personality, she took the opportunity to serve at Rhema Bible Church, volunteering in the television department. Her work included recording the screened Sunday service announcements and introducing Pastor Ray McCauley’s nationally broadcasted sermons on local television stations ETV and SABC 2. Moreover, she was chosen to be the main broadcaster for Rhema Television – RTV, anchoring links and becoming the master of ceremony for various conferences, which often hosted international guest speakers such as Brian Houston, Joel Osteen, Joseph Prince, Jentezen Franklin, John Bevere and Bernice King, all of whom she interviewed. 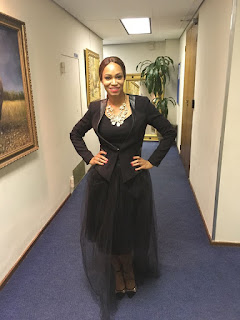 To gain a deeper understanding about the ministerial topics she was interviewing the guest speakers about, Pushie decided to enroll for a full time Bible studies course in 2006. During this time, she discovered that her calling to ministry was fervent and found herself preaching at every opportunity she was presented with. She received prophetic revelations that confirmed this calling to preach, which strengthened her desire to serve in her church. By the end of 2008, she had graduated from Rhema’s Training Centre as the top academic achiever for two consecutive years.
She continued serving at Rhema as a volunteer but this time in both the Rhema Television and Women’s Ministry simultaneously. Before long, she was asked to be the master of ceremony at the Women’s Conferences prior to officially being employed as their Assistant Co-ordinator. Notably she was appointed Head of their Women’s Ministry just a few months later where she ran the children outreaches and women prison ministry.