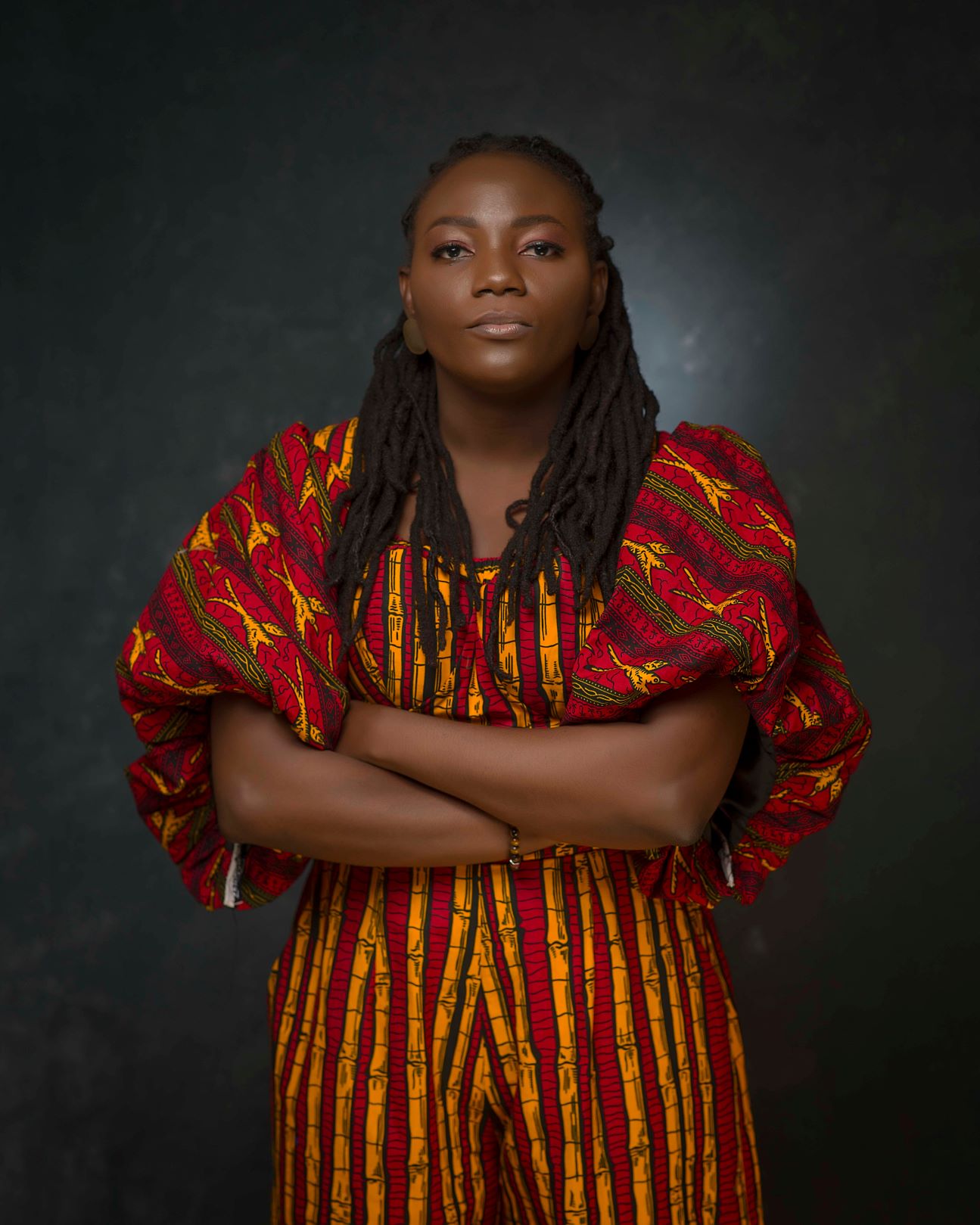 Meet Emamodeviefe Edosio, also known as Ema, a talented Nigerian director and cinematographer best known for her debut feature film “Kasala,” which has screened at over 30 international film festivals and won 9 awards.

Ema began her filmmaking career as an autodidact, shadowing cinematographers in Nigeria and the Nollywood film industry. Her stunning visuals and love of cinematography enabled her to make a significant impact in the Nigerian film industry.

Ema studied cinematography and directing at the New York Film Academy (NYFA) and the Motion Pictures Institute of Michigan in the United States after working as a freelance cinematographer for several years. She has since worked as a video broadcast journalist for the BBC African Deutsch Welle Germany, covering breaking news from around the world. She has also worked as a TV director for Nigerian television networks such as Ebony Life TV and Ndani TV. Ebonylife TV awarded her the Film and Television Director of the Year award in November 2014.

Her most recent film, ‘Otiti,’ formerly titled ‘Umuemu Oseme’ (The Sins of the Father), follows a seamstress who is solely responsible for catering to her ailing father, who abandoned her as a child, and is now screening in film festivals around the world.

Her Network: How would you describe yourself to the Her Network Community?

Her Network: Take us through your journey to filmmaking.

Ema: I stumbled into filmmaking. I studied Computer Science for 6 years and after computer science, there was this new movement springing up on television. P Square’s ‘Senorita’, Sunny Nneji’s ‘Tolo Tolo’, the music industry was just springing and I would stare at the television and I was quite fascinated by it. When it was time for my IT, I went to work in a small production company and that was where my love for filmmaking started and with filmmaking, once you go in, there’s no going back because it’s very jealous. I come from a family of intellectuals with siblings working in corporate, my mum joking used to call me a ‘Camera Man’ but I got into that world and I was quite fascinated by it. And that was where I pitched my tent and decided that even if it didn’t look like anything at the time, this was what I wanted to do. This is my future and over the years I’ve said to myself that my creativity is my currency in this industry and even though nobody knows me right now, I will spend these years building and honing my skills and so with every opportunity that I would take, I’d say “is this the best of me?,” What you see now is a result of all the times I’ve spent in my little corner, honing my skills.

Everyone is currently celebrating “OTITI” but I’m on to my next film which starts shoot in February. I’m not there yet, my goal is the Oscars.  My goal is excellence and I’m on that move. So that’s been the journey for me. Getting into this industry and not turning back, pitching my tent here, and deciding that this is what I’m going to do. Honing my skills, shooting and grinding daily, and asking myself as I go “Is this the best version of me?” taking opportunities as they come and doing the best of it and that’s what has birth my career today.

Her Network: What inspires your creativity?

Ema: If you decide to become a filmmaker, you must be highly passionate about it. It’s one of the hardest professions in the world. I say to people that you can be a banker and you can work in the corporate world and you can say oh… I managed to lead this team or we brought in this money and everybody claps for you. But being a filmmaker, you have to mobilize a lot of people to bring out one vision and you’re at the helm of that vision.

And it’s one of the hardest work to do. So you have to be very passionate about it. You have to sleep, breathe, and dream filmmaking which is exactly what I do and one of the things that inspire me is just the people. My growing up in Lagos, growing up in Nigeria and my experience as a documentary filmmaker. As a Documentary Filmmaker, I get to see people, I get to interview people, I get to go into different communities and I see a lot of characters or hear a lot of stories that inspire me for some of the films I create.

Her Network: What are the challenges you encounter as a filmmaker?

Ema: Like every African Filmmaker, funding is a big challenge for us.   That’s the major challenge we face as filmmakers, finding the money to create. Another Challenge is believing that my story is valid. If you watch certain types of Nollywood films, it’s either this or that. There’s no middle ground for everyday Nigerian Characters, you’ll hardly find stories about living in Lagos or strong characters from the slum. You’d find out that even when they take characters from the low-income part of Nigeria, they’re either the caricature maid or the stupid gateman but when I’m filming this community, there’s this sense of pride within the community. The woman selling Akara had this sense of pride in her work, the man pushing the wheelbarrow and making one thousand naira or less than one thousand naira a day is a hero to his family and I want to celebrate these characters. You hardly find people who want to support these kinds of films in Nollywood so I think one of the challenges for me is finding the funding and fighting to make these kinds of stories and to say these stories are valid and they deserve the big screen too.

Her Network: What would you say to young aspiring filmmakers?

Ema: If you want to work within this space in Nigerian Nollywood, you have to roll up your sleeves. You have to do the dirty work and when I say dirty work I mean nobody will give you a chance, you have to create that room for yourself. Your creativity will open up doors in places that you’ll never imagine but you have to spend time incubating, building, and honing your skills.  “OTITI” is a product of countless failures on my path and I learned and I picked myself up. You have to learn to accept failure and you have to learn from your mistakes and move on. It is a necessary skill in this industry. Create. Fail, Learn and Move. So first things first, roll up your sleeves. Two, Creativity is your currency. Do the hard work. Learn. Learn the foundation, the principles, cinematography, editing, directing, learn everything. Go and intern and create things on your own. The third thing is keep creating, keep failing, and learn from your mistakes. And the last thing I will say is try as much as you can to be excellent in everything that you do and you’d find out that with filmmaking, the world will see it because it’s a medium where the world is supposed to see and when one person sees it and recommends it to another, that’s how the fire sparks. But for that fire to spark, you have to do the hard work of learning and honing your craft.