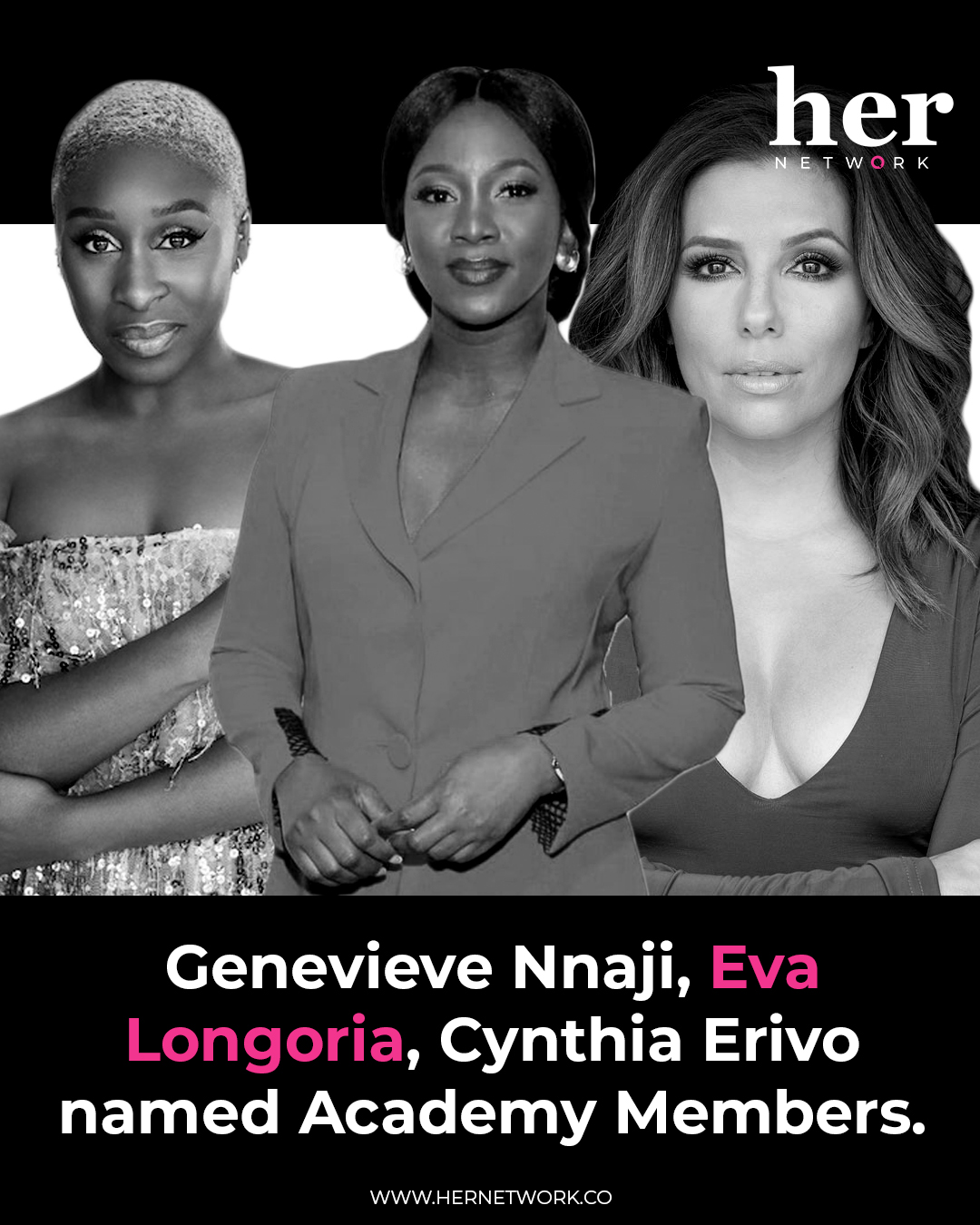 On Tuesday, the Oscars-awarding club opened its prestigious doors to a diverse crop of new members. Nigerian actress Genevieve Nnaji, Nigerian-British actress Cynthia Erivo and American Actress Eva Longoria are on the list of outstanding people who have been invited to join Hollywood’s Academy.

In its efforts to increase female and ethnic minority membership, The Academy of Motion Picture Arts and Sciences invited 819 new people to The Academy this year, 36% are people of colour. This move is coming after the Academy was criticized again at the Oscars this year for nominating just one non-white actor.

The majority of actors invited to join this year were women, and more than half were from “underrepresented ethnic/racial communities,” said an Academy statement.

“We have always embraced extraordinary talent that reflects the rich variety of our global film community, and never more so than now,” said Academy President David Rubin.

The academy also stated that if the 819 members accept the invites, agent members of the 2020 class will be allowed voting privileges at the upcoming Oscars.