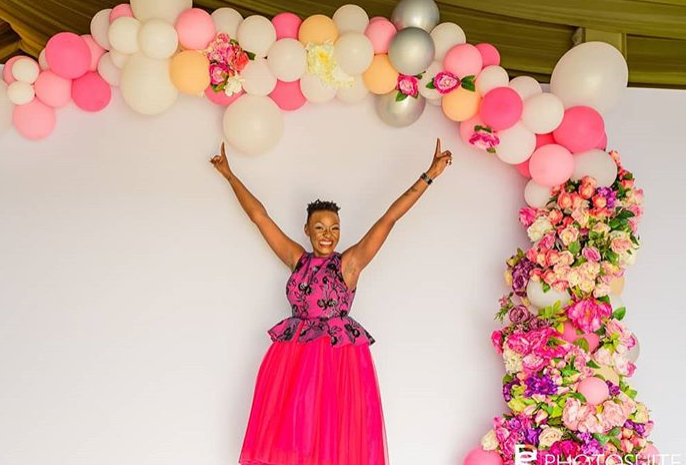 Adénikẹ́ recently released her Self-Named book ADÉNIKẸ́ with the tagline “Her Story. Your Movie. His Glory”. The launch party held on Sunday the 6th of January 2019!

In this book, Adénikẹ́ shared her inspiring story which revolved around her life’s journey so far. Adénikẹ́ was only 20 years old and was in her sophomore year in the university when she got the news that would change her life. It all started at home, one weekend, when she slipped and landed on her right knee while doing chores. This caused a pain that eventually had her taken to the hospital where she was told she had a blood clot due to the fall and the limb had to be drained out.

After her visit to the hospital and receiving treatments administered, she went back to school but her condition kept deteriorating. Another x-ray was done and the results revealed that the clot was still there. It was at this point that Adénikẹ́ got referred to the National Orthopedic Hospital, igbobi where she was later diagnosed with Osteogenic Sarcoma (a malignant bone tumor), and was that told her right leg had to be amputated to save her life.

Just like a Movie, Adénikẹ́’s life as she used to know it, changed forever!

Adénikẹ́ is a real-life story based on the Power of Faith, Hope and Love against the odds of life’s circumstances. It is an Intriguing real-life story of a young girl whose life’s trajectory completely changed overnight and is still evolving. It is a story that will take readers through Adénikẹ́’sdenial, strength, resilience, confusion, pain, tears, brokenness, surrender, and finally her freedom and liberty into true Life. The book also has an audio version for lovers of audio books as well!

Adénikẹ can be purchased here

View Some photos from the launch of Adénikẹ́ ;