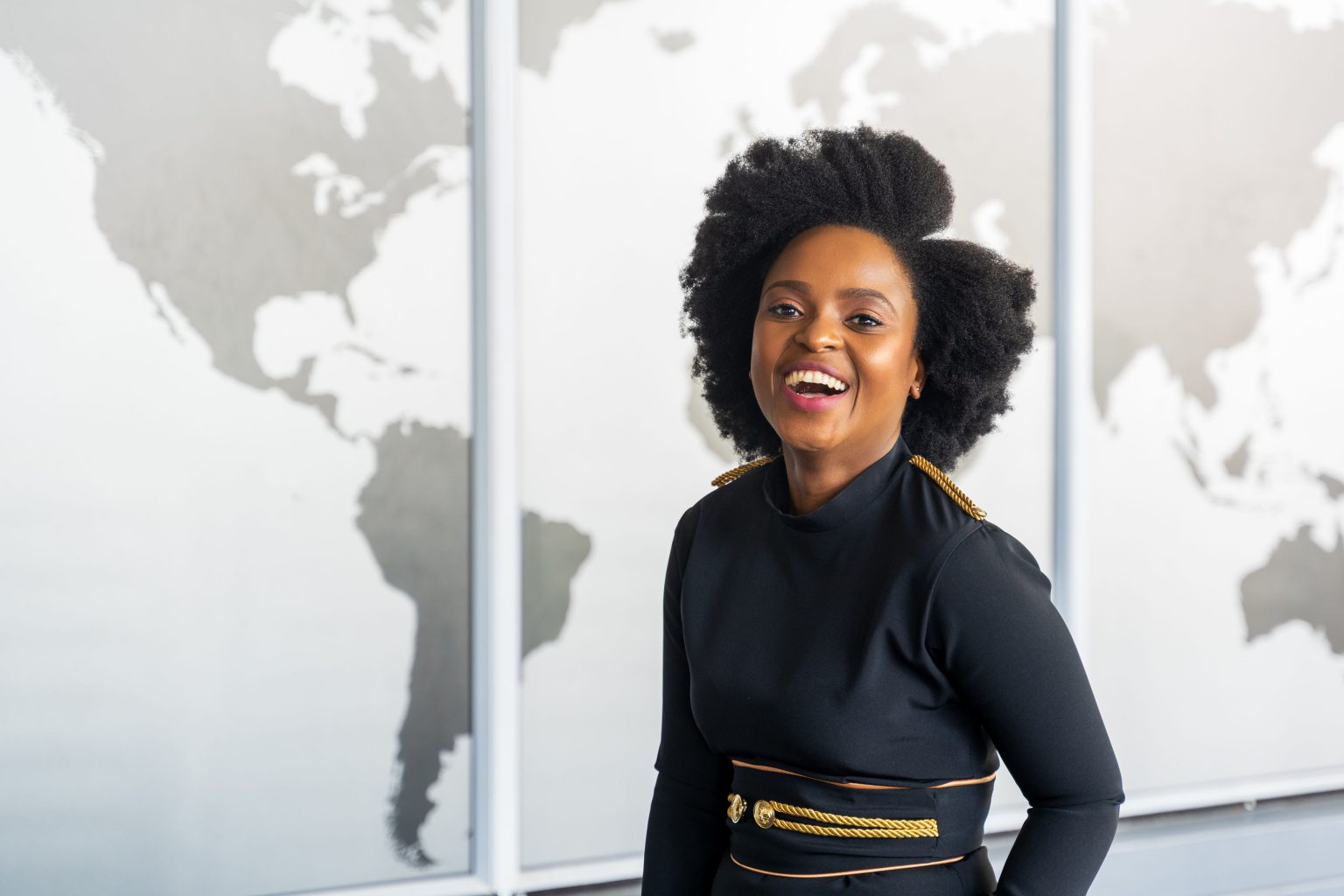 “The realization when I passed out as a Dredge Master felt surreal, it is a title I never thought I would own because it obviously didn’t exist. It was not even my goal to hold this title, training came at the right time and I happened to be the only female on training then. I am grateful to have made history and do hold it dear to my heart, knowing that I have made my family proud and my kids will be proud of me one day when they can understand,” she told the Media.

Called the “black mermaid”, Ngcobo attended a high school in Durban, South Africa. She went on to the Durban University of Technology. “Maritime Studies was my only choice, I was determined to make it work against all odds,” she said.

She was accepted into a Cadetship Programme by shipping company Maersk Group and soon qualified as a Deck Officer, serving onboard all sized vessels and sailing on international waters.

She then qualified for her second license as a Master on Port Operations vessels, becoming Africa’s first female dredge master. Her role requires that she works on dredgers, ships that remove sediments and debris from the bottom of lakes, rivers, harbours, and other water bodies.

For over 12 years, Ngcobo has studied and taken advanced dredging training in the Netherlands and garnered experiences in international Merchant shipping. She is currently a Maritime Compliance Manager for Transnet National Ports Authority.

She was awarded 2014’s youngest achiever by the Durban Premier and at 28, she was already sitting at an executive seat. In 2017, she got a Best Innovation Award for introducing International compliance standards. She is a Black Excellence Award winner for Leading Women In Scarce Skills.

According to her profile, Londy has over 13 years of experience in the Maritime industry. Her background includes Maritime Studies, International Merchant shipping experience, Advanced dredging from the Netherlands IHC, an industry-shaking role as a former Maritime Compliance Manager for Transnet National Ports Authority, Founder of Global Maritime Youth and Chief Executive of Womaritime Experts, a consulting firm in the shipping industry. All which has led to her well know title “The BLACKMERMAID”

This Black Excellence award-winning Woman in Scarce Skills serves on various boards in the transport sector and influential organizations within leadership, women and youth spheres ensuring continuous development of Africa’s transport professions through advocacy, training, and awareness as well as strengthening the competitiveness and employment creating the potential for Africans.

As a mother and wife herself Londy is passionate about women and youth empowerment. Her experience has equipped her with the ability to focus on providing sustainable tools for women to thrive and her zest for life encourages the youth to think outside the box.

Through public speaking which includes a TEDx Talk, Forbes Women Africa, and various media platforms Londy has impacted so many lives by instilling bold global thinking and agility to those who have had a privilege to see her in action. She sure is making waves on land.

“I simply want to give life a chance, not only to survive but to thrive and to do so with some passion and compassion, some in humour and style. If my own journey so happens to motivate the next person, then surely life is worth a shot”, she noted.

We Stan a Queen! We Stan Londy Ngcobo!